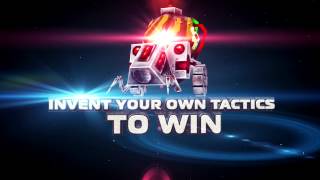 Tower defense games have already touched all possible variations. We've seen wild west defense, vectorial defense and college party defense, just to name three of the oddest. Therefore, nobody should be surprised that someone had developed a mushroom defense game. In fact, a lot has happened since the very first defense games, and this Battle Mushrooms is closer to Real Time Strategy (RTS) than many other similar games, thanks to a wise use of 3D (instead of top-down view so popular until recently)

In order to repel the ongoing mechanical invasion, you have to take over a sort of magic crystals (Starcraft influence, someone?) that act as resources to plant, quite literally, your towers. Gameplay is awesomely precise and well thought, so it feels challenging and thrilling but not roundabout. Heroes and monsters design is gorgeous, so we can say we are in front of one of the most powerful and entertaining defense games so far. A game of mycological proportions, If I may.

Batlle Mushrooms has been created by the same developer as Nightmarium, which is no small thing.

The game of tower-defense genre at it's best! After years of peace the defenseless planet of intelligent mushrooms is being attacked by the army of evil mechanoids! Mushroom people will have to call the ancient powers of magic in order to resist the onslaught of invaders! But only YOU can lead them to victory and save the whole nation's future! The battle begins right now!

These exciting features are waiting for you in "Battle Mushrooms" game:

And of course lots of fun coupled with the joy of winning! Welcome aboard, commander!

Do you have what it takes to be a Battle Hacker? Here's what players are saying about Battle Hackers: "Yes. ..... just. .....yes" - Roland Mcfarlane "Awesome This is a brilliant game." - Craig Bourne "Amazing Just get it if u like knights and dragons awsome man" - Ricky M "Wow! A new fun collect and battl…

In this game, you must aim the cup by using 10 various things (like cans, soccer ball, tire, steel drum, etc.) instead of golf ball. There're 3 amusing holes and more than 150 types of courses. (For example, there're shoot up and down courses, and an island that moves and spins.) ・There're 3 simple golf clubs! "Normal" It…

MushRoom Bounce! is a unique, addictive, 2D physics game where you spin, bop, and ricochet Mushrooms into various holes to clear each level. Kino Koichi is the Mushroom Bouncer, a bodybuilding mushroom whose job it is to "bounce" unruly mushrooms that are invading human territory! To keep the peace between mushroom and human kind, Koich…

Surf as far as you can across infinite seas while avoiding malevolent gulls and lurking terrors. What would you do if you were the last robot on earth? Why, catch a wave of course. Pieces Interactive AB's Robo Surf sets you as adorable mini-robot ready to hang ten across a flooded, post-apocalyptic planet. Tap on the screen to control the size of t….

Grow funghi and take care of the garden. Mushroom Garden is a game for Android where the main characters are mushrooms and you need to take care of them. In the garden, you can grow Funghi and when you press on food, Funghi will sprout for the period shown on the bottom right. In addition, it can be harvested with a tap or swipe and can be converte….

This app is no longer available. 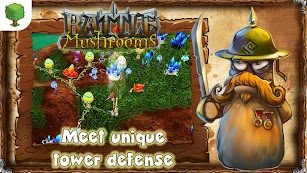 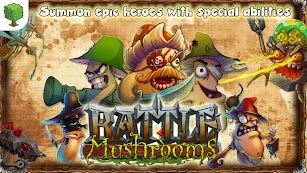 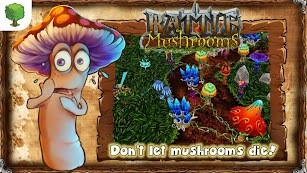 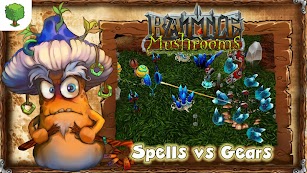 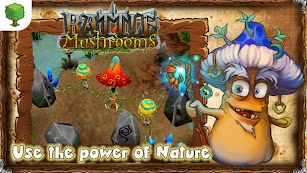